The girls vocal group Bodeča neža was founded in 2003 and functions within the cultural association Vrh Sv. Mihaela. Its members are part of the Slovenian minority in Italy, but with its musical production it goes far and beyond national borders. In the years the choir has grown and achieved many prestigious national and international awards and recognitions.

In the beginning, the choir was conducted by musical educator Marja Feinig. In 2007 Mateja Černic took over the conduction. Her superb work with the choir was praised by many critics and she herself was awarded a lot of prestigious recognitions for her conducting skills. Since 2020 the choir has been directed by the young singing enthusiast Mateja Jarc, who is thus starting her career in choir conducting.

You are probably asking yourself if we are really as tender as titled on our CD’s cover. And how we manage to be spiky at the same time, too. There is no need to point out how much we love singing. And singing itself requires a great deal of tenderness: you have to feel the music and convey it to every listener, feel the rhythm in your blood and transform it into a delicate pounding, which is as natural as the sound of happiness. But of course we know how to be spiky too, which suits to a group of young girls. We are spiky because we think our music has to be like that as well: what stings the listener sticks with him and doesn’t go unnoticed.

With our sharpness we also want to convey energy and vibrations that will surprise and awaken the listener. Sharpness and tenderness are not only in our music, but in ourselves as well, it’s how we are in our everyday life, in school, and during rehearsals and concerts. 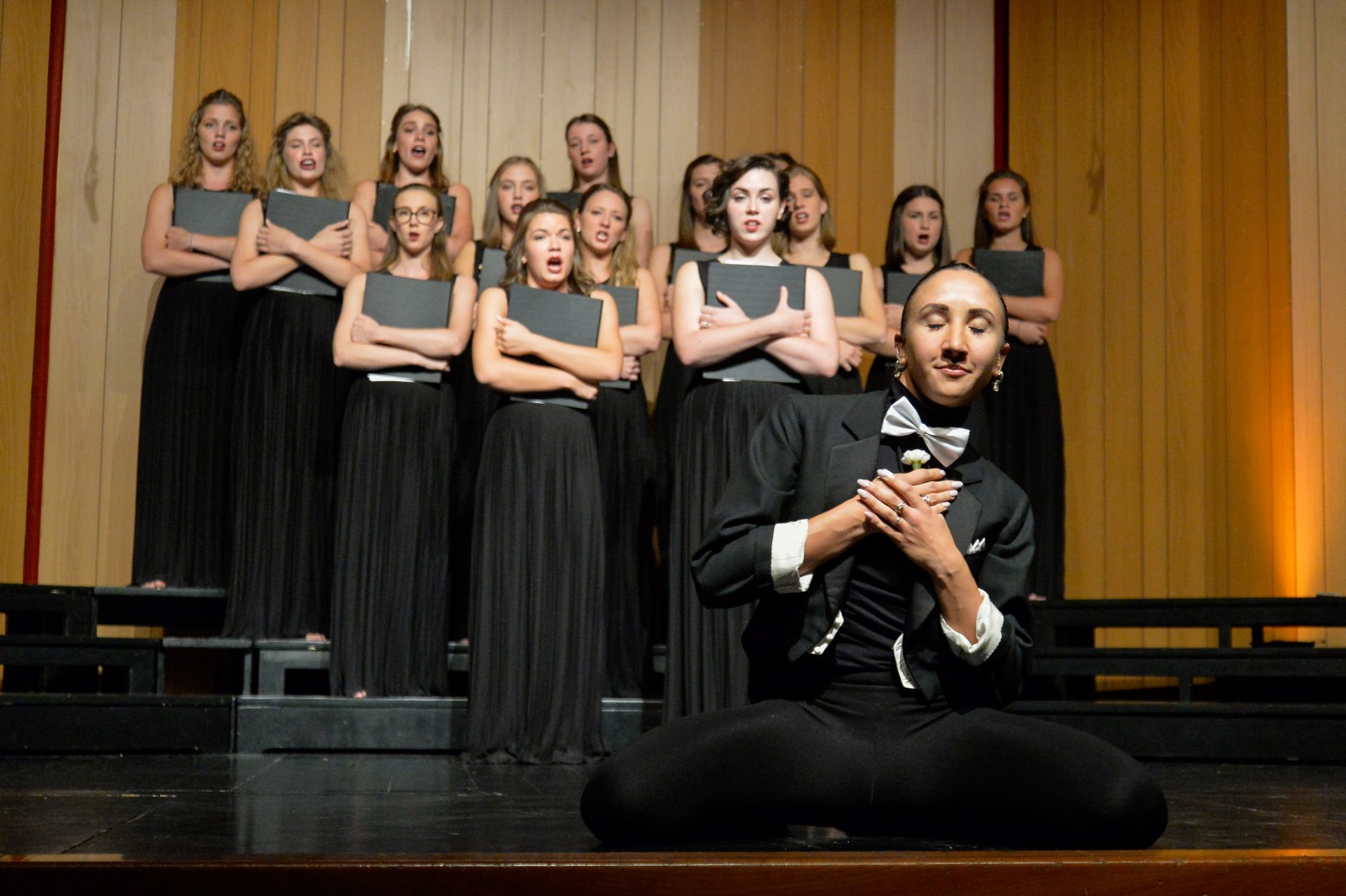 Bodeča neža (similar to the carline thistle) is a flower that’s not typical to the Karst region. It is more at home in the mountains, which, at least in the name, resound in the name Vrh Sv. Mihaela (literally the mountain of St. Michael), which is the village where the choir was founded. The young girls, who have been keen on music since they were little, were soon fascinated by the features of the tiny flower.

In the small village of Vrh Sv. Mihaela singing has always been quite popular among its people, and the young girls took up this rich tradition and first performed as a group in 2004, conducted by Marja Feinig. At first there were seven girls, who soon showed their talent by succeeding in several local events and competitions, especially the Zlata grla competition, organised by the home association PD Vrh Sv. Mihaela, which the choir has always been part of.

In time the group has grown into a real choir, embracing members from more distant places, from the Collio region to the seaside villages of Sistiana and Duino, and Slovenia. In 2008, when the number of singers started to grow, the choir was given the current name, Bodeča neža. It is a name that contains a unique duality which fits perfectly such a group of girls. With their enthusiasm and musical creativeness they have succeeded in many local, national and international events.

The singers have dealt with a broad variety of compositions from different historical periods, from Renaissance music  to contemporary songs, from sacral pages to laic melodies, so as to please any kind of listener, regardless the age or taste. Slovenian composers are always present in their concert programs, both with original composition and re-arrangements of folk music.

The girls have collaborated a lot with local high level composers, forming almost a sort of symbiosis with them: several songs by Italian and Slovinian composers have actually been written especially for the  girls choir Bodeča Neža.